What Are Pneumatic Tubes Used For? 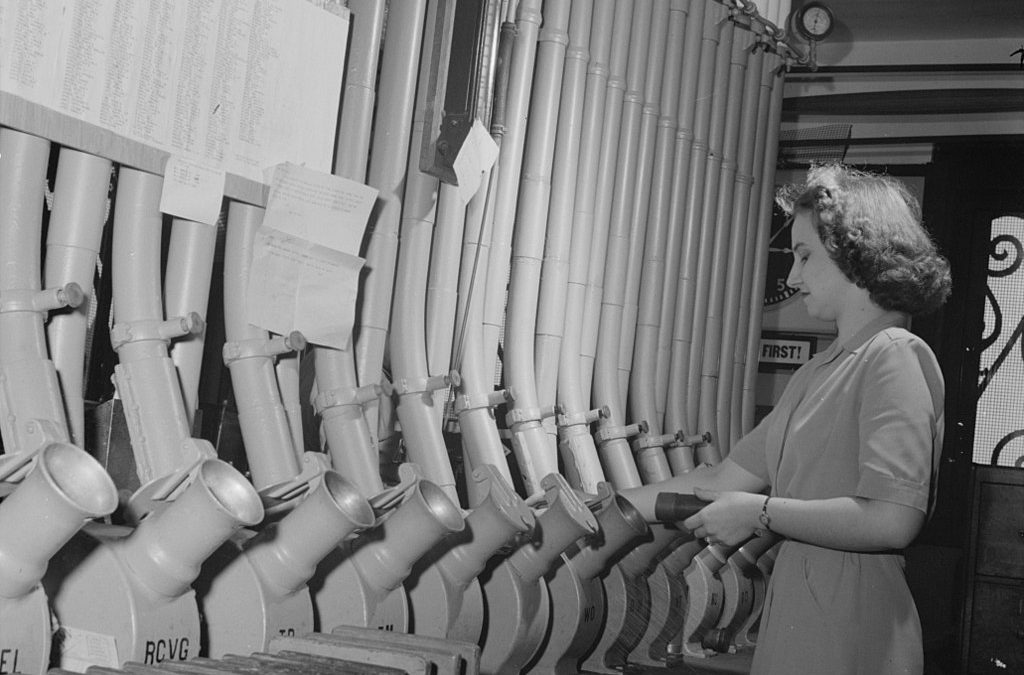 While it may seem like pneumatic tubes and quick transport are a thing of the future, in actuality, pneumatic tubes are actually something of the past—and of the present. You’ve probably seen pneumatic tubes before, and you’ve definitely gotten some of your mail or medicine through these tubes even if you haven’t seen them working. Let’s talk about the different ways pneumatic carriers are being used.

What are Pneumatic Tubes Used For?

While you probably won’t be using a pneumatic tube system yourself unless you’re working in a bank, hospital, or in the postal service, you’ll see these tubes being used when you’re a customer of these places. Items are delivered all the time with these tubes—just think of the cylindrical tubes carrying your prescriptions or your credit card.

History of the Pneumatic Tube

Pneumatic tubes were used as early as 1893 in Philadelphia and 1897 in New York City to transport mail through the postal system. In fact, they were around in London even before then to help move mail along. The system then proceeded to spread across New York and through Philadelphia, and to eight other cities too.

The basic technology of the pneumatic tube is all about transporting items through the system using compressed air. It’s remained more or less the same in the past century, and has extended into multiple aspects of daily life.

This is one of the most common places where you’ll see the pneumatic tube system. You can drive up to the bank, input your card and the teller can provide you with some cash in return. Banking is actually one of the longest-running uses of this type of technology, and one of the places that probably comes to mind first.

Just go to your bank and place your information in the cylinder. It’ll go right to your teller, who you’ll be able to communicate with through the speaker.

Mail used to be transported through the postal system literally through the pneumatic tube system. This only stopped around the 1950s when the government argued that mail could be handled at a lower cost and more quickly. With so much mail, a limited system, and with more cars being used in society, using the pneumatic tube system for the postal service eventually became obsolete.

Still, the postal system continues to use pneumatic tubes today. It’s being used to sort mail, and even to send your mail through the office. You likely won’t see these tubes as they often work in the background to move your mail more quickly. They work well since they’re not trying to move mail through the whole city anymore.

The hospital is another place where you won’t really see the pneumatic tube system working, but it’s still being utilized in the background. Usage of the system includes using tubes to deliver drugs, documents, and any specimens to and from laboratories and the various nurses’ stations.

They’re especially useful in hospitals because they can make sure that blood and other specimens are transported safely. This helps to move medical information that much faster. They’re even able to be used with things like IV bags, saving nurses a lot of running around.

Less commonly, you might see pneumatic tubes in other areas, such as in department stores to transport items. There was even a McDonald’s that used a pneumatic tube system to deliver food until 2011.

All Items In-Stock and We Can Ship Same Day on Orders Received Prior to 5:30pm EST