How Do Pneumatic Tubes Work?

In today’s technology of fiber optics and the internet, it’s possible for people to think “pneumatic technology” is a thing of the past, but that couldn’t be farther from the truth. 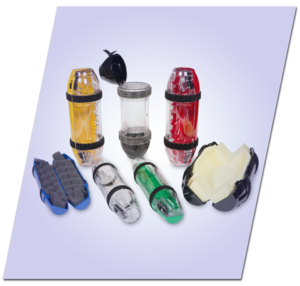 Most pneumatic tube systems are made up of very simple networks that link one receiving station to a number of sending stations, or vice versa.

If you have ever been a fan of the Sherlock Holmes books, you’ll be aware of the fact there could be a deadly assassin ready for you on the next page, ready to strike you down at any time with a poison-tipped blowpipe. These weapons are a perfect example of pneumatic technology; both of these technologies use the power of compressed air, blowing hard on one end of a pipe that fires a missile at high speed from the other end. Dating back to the 19th century right around when the Sherlock Holmes books were first published, blowpipe technology was starting to get increasingly popular for relaying messages and small objects down the longer pipes linking significant parts of buildings.

In today’s technology of fiber optics and the internet, it’s possible for people to think “pneumatic technology” is a thing of the past, but that couldn’t be farther from the truth. Thousands of hospitals, factories, banks, department stores, and other places rely heavily on the tube transportation system to move medicines, cash packets, and other small items with speed, security, and efficiency.

William Murdoch invented pneumatic carrier transportation in the early 1800s. The Victorians were the first to use capsule pipelines to transmit telegrams to close buildings from telegraph stations. While they were mainly used for small packages and documents that included cash carriers at banks or supermarkets; they were initially meant to “be constructed for heavy transport and freight. There was an idea that these large tubes were eventually going to transport people. However, in today’s society, pneumatic tube technology is still used on a much smaller scale, where convenience and speed in a local environment are essential.

How Does This Tube System Work?

To keep things simple, imagine we’re linking one checkout with the cashier’s department. This checkout has a large metal box referred to as a sending station with a door that opens onto a tube. Some of these systems may have doors that can be locked with keys or be opened with a numeric PIN, other tube systems can be unsecured with just a hatch that opens and closes. The tube (a pipe made out of PVC plastic or lightweight aluminum) runs all the way to the cashier’s department.

Once the tube has reached the cashier’s department, the tube connects to a more advanced box, which is called the receiving station. This can also be called the powered station since it provides the air that moves the tubes back and forth. It’s incredibly similar to its sending station counterpart except for the fact it has a compressed air pump attached that can either suck air from the tube or blow; depending on what direction the packages need to go in. More often than not, both stations have some alert system to notify when a package has been received.

As the compressor sucks on the tube cylinder, it makes a partial vacuum before the canister sucks the whole distance along until it reaches the receiving station, where eventually it gets unloaded. Canisters can also be sent the other way by setting the compressor to blow air along the tube the opposite way (behind a canister, driving it along); retail chains regularly send small change back to checkouts through this process.

Most pneumatic tube systems are made up of very simple networks that link one receiving station to a number of sending stations, or vice versa. However, much more complex, computer-controlled systems are also conventional. In this situation, the sending stations link to a vast amount of receiving stations and packages that travel in a multitude of different ways. These are typically the type of systems that hospitals use. A very advanced pneumatic tube system could potentially have up to 500 sending and receiving stations, where packages are routed between the senders and receivers, which take a large number of compressors and blower units to provide the pneumatic power.